Generosity Lies at the Heart of Impactful ESG

Bill Pulford can’t help but smile whenever he hears that Carlos “the Showstopper” Petterson-Griffith has won another award for bodybuilding or powerlifting.

Pullford, a long-time JDS civil supervisor, met Carlos in 2016 while working on the expansion of the Aurora Gold Mine in the Cuyuni-Mazaruni region of Guyana. Carlos was training hard at the time, with dreams of becoming the country’s first athlete to medal at the World Powerlifting Championships. Trouble was, he and other aspiring bodybuilders lacked a well-equipped venue where they could hone their skills.

That’s when Bill stepped in by taking it upon himself to solicit donations from his JDS co-workers. Once the dust had settled, enough money had been raised to support the athletes goals and the reconstruction of a gym, which Carlos quickly put to good use.

“When you meet someone like Carlos, who is so talented and motivated, it truly inspires you to give back to the local community,” said Pulford.

Talented and motivated is right. Since he started training in the new gym, Carlos has forged quite a resume in powerlifting. He set new national Squat, Deadlift and Total records on the final day of the 2018 IPF/NAPF North American Regional Powerlifting Championship in Mexico City, on his way to bagging gold in both the Men’s Raw Open 93kg class and Men’s Equipped Open division, where he totalled 800kg, squatted 315kg, and deadlifted 330kg.

“Anyone who has seen this guy train will be cheering him on,” says Bill, who also helped give back to the local community by building a school near the Aurora mine site, and has also led informal donation campaigns to provide athletes with sports equipment. “Carlos is proving that hard work pays off.”

Bill’s generosity, in turn, is just one example of the many way’s JDS prioritizes environmental, social and governance (ESG). “Our commitment to shaping lives and livelihoods starts with positive ESG action at the community level,” says Kaeli Gattens, Director of ESG at the JDS Group of Companies. “By providing an inspiring example of how friendship and personal generosity achieves this goal, both Bill and Carlos are blazing a trail for us to follow.” 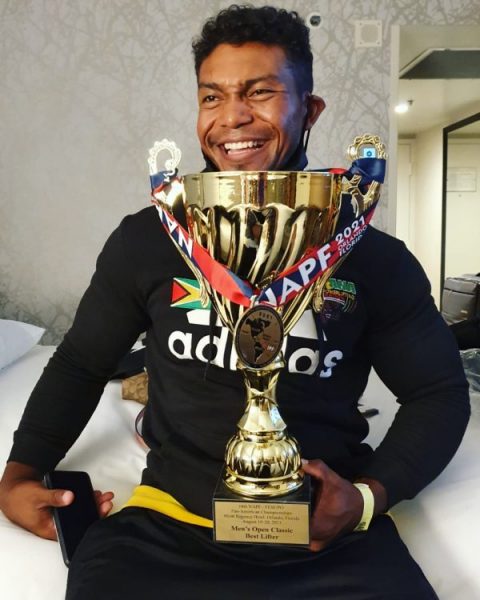